Looking for a job? Here’s why you should consider becoming a court reporter 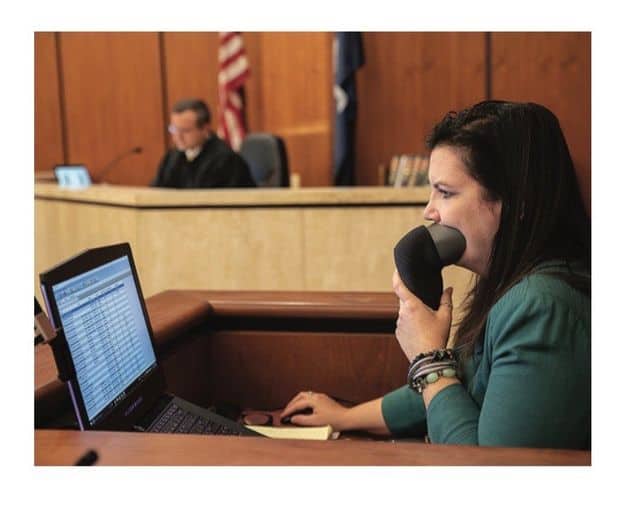 EL DORADO, Ark. (KTVE/KARD) — Court reporters have a silent but significant role in our justice system but there is such a huge shortage of them in the ArkLaMiss and even across the nation.

From divorce courts to murder trials to hearings on the House and Senate floors, a court reporter always fills up the space in a courtroom even you may never know who they are or what they are doing.

Their accurate record of what’s going on is also helpful for lawyers, jurors, other court personnel and is especially helpful for those at risk of being incriminated while facing a lawsuit or on trial.

But why is there such a shortage of these professionals?

“They are unaware that you don’t have to use a college degree to become a court reporter. A lot of people don’t even understand what a court reporter does,” Director of Arkansas Court Reporting Academy, Heather Pierce said.

In addition, there are more people retiring and not enough people to fill these vacant positions. That’s why this organization is hoping to spread some awareness about this profession.

“This career is essential no matter what sickness is out there,” Tatum said. “I hope everyone checks into it. It’s a wonderful career for anybody needing something,” Tatum said.

ARCA is having more trouble finding interested individuals in the northeast and southern parts of Arkansas.

“We know of reporters that have had to stay in these areas throughout the week because there weren’t enough reporters in that area to cover trials,” Pierce said.

In years past, court reporters were trained to use a notepad and pen to transcribe words being said in the court room as it was happening in real-time. The key to a reporters’ speed was becoming skilled by using a form of shorthand.

Now, reporters are also trained to use a stenomask which is a hand-held microphone that they use to put over their nose and mouth.

“It’s actually easier. You’re speaking what is being put into the record,” Pierce said.

Shelley Tatum recently completed the ARCA course in October which teaches students how to effectively use this voice writing method.

She is a freelance reporter and retired Deputy Clerk in Jackson Parish. Due to the pandemic, she’s spent much of her time working from home.

“Most of the ones I’ve been doing have been at my kitchen table by zoom and that helps me a lot. This is the perfect job and I am enjoying this job. It’s the best thing I’ve ever done,” Tatum said.

Although Tatum has always had a passion for the court system and knows her way around the courtroom she says those who may not have much experience will also thrive.

“ARCA covers all of that. That is the best part. From the vocabulary words we need to learn, from the legal terms typing transcripts it’s completely covered. Plus, it’s self pace. You don’t move on until you have that week’s lesson down just perfectly and you feel confident about it,” Tatum said.

“So many that I took the course with, we all passed. Several of them had never been involved in any legal situation. They didn’t know what court reporters did either.”

“That’s good especially to not have gone to college for 4 years. That’s almost unheard of anymore,” Pierce said.

To learn more information you can visit Arkansas Court Reporting Academy website. The course is offered to anyone across the nation.